Only eight weeks has passed since my restless sliding on the ice of the Lake Näsijärvi. As always, the ice melted too fast and skating had to pause for some time. Now the weather is exeptionally warm comparing this time of the year and it was time to wear rollerblades again. As I wrote earlier, I bought pair of K2 semi-racers last August and these skates are still a little bit unfamiliar with me. When I entered to asphalt for the first time in many months I instantly felt very unsecure. The breaking pad was almost gone and the wheels (100 mm) were taller I recalled. During the first miles, I tried to keep my knees a little bit angled to prevent any surprises caused by tarmac.

After six or seven k's I felt better and I was able to go little faster. For a moment I was traveling alongside with random gentleman who was wearing race skates with no breaking pad attached. I just could not understand how they slow down on the intersections. This athlete told that the slowing down manoeuvre is made by slalom curves. Then he sped up with fashinating double push technique.

My training season has started OK, but there is still much to do. I'm about to enroll myself on 134 k's journey, so I need to have a lot of exercises. 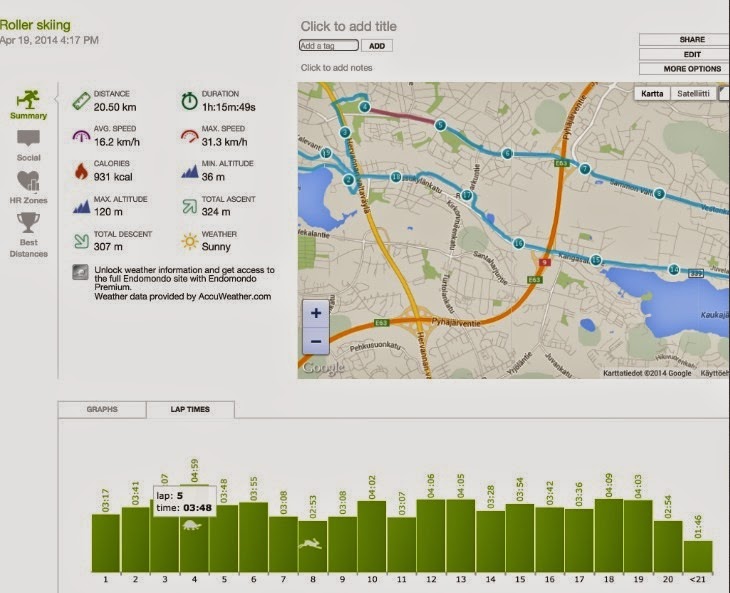 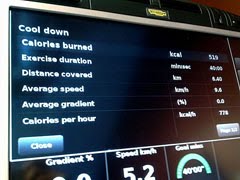